Callum Morton …explores the potential of writing, as both a process and an outcome, in his practice. 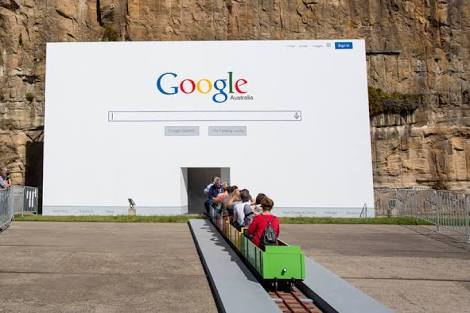 Callum Morton, The Other Side, 2014, mixed media, dimensions variable. Installation view of the 19th Biennale of Sydney (2014) at Cockatoo Island. Courtesy the artist and Roslyn Oxley9 Gallery, Sydney. Created for the 19th Biennale of Sydney. This project was made possible through the generous support of the Naomi Milgrom Foundation, Juliana Engberg and Kay Campbell, and with assistance from Monash Art Design & Architecture. Photograph: James Horan/Destination NSW. Via https://www.biennaleofsydney.com.au/19bos/artists/morton/

CALLUM MORTON was born in 1965 in Montreal, Canada. He completed a BFA at Victoria College, Prahran in 1988 and an MFA in Sculpture at RMIT, Melbourne in 1999. He is currently Professor of Fine Art at MADA (Monash Art Design and Architecture) Melbourne.

Morton’s work has been shown in numerous exhibitions nationally and internationally for over 25 years.

In 2007 he was one of three artists to represent Australia at the Venice Biennale. In 2008 he completed the work Hotel on the Eastlink freeway in Melbourne and in 2009 he realised the pavilion Grotto for the Fundament Foundation in Tilburg, the Netherlands. In 2010 he completed a major outdoor commission, Silverscreen, for the new premises of MUMA in Melbourne and in 2011 his work was the subject of a retrospective at the Heide Museum of Modern Art, Melbourne.

In 2013 Morton designed the set for the MTC’s production of Other Desert Cities and he designed Endgame for their 2015 season. In 2014 he completed a 2000m2 public park with integrated sculptures called ‘Monument Park’ in Melbourne’s Docklands and participated in the 19th Sydney Biennale, Imagine What You Desire. He is currently working on a range of projects including a collaborative project for a public memorial to immigration in Canberra, called Immigration Place, a design for Ranters theatre’s new work Come Away With Me to the End of the World, a project called Reception for Anna Schwartz Gallery in March 2016 and an outdoor work in Denmark for the European Capital of Culture in 2017.

WRITING & CONCEPTS is a free public lecture series designed to explore the potential of writing as both a process and an outcome.The lectures will alternate between practitioners for whom the written form is their primary professional output and practitioners whose work manifests as exhibitions or events within the domain of contemporary art.