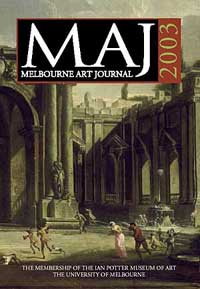 Chapter 3:  Nigel Morgan – The Joseph Burke Lecture 2001: Gendered Devotions and Social Rituals: The Aspremont Psalter – ‘Hours’ and the Image of the Patron in Late Thirteenth and Early Fourteenth-Century France.

The Psalter-Hours made for Joffroy d’Aspremont and his wife Isabelle de Kievraing, divided between the National Gallery of Victoria, Melbourne, and the Bodleian Library, Oxford, contains more representations of its patrons than almost any other medieval illuminated manuscript. This article examines the ways and contexts in which Joffroy and Isabelle are depicted, and those of other members of their family and friends in the two manuscripts. These images give an impression of the courtly culture of the nobility of east France in the period around 1300, and are discussed in relation to other French devotional and liturgical manuscripts of the time.

Chapter 4:  Jennifer Spinks – Education and Entertainment: The Redecoration of Marie-Adélaïde of Savoy’s Ménagerie at Versailles

In 1698 Louis XIV presented a private zoo, the Ménagerie, in the grounds of Versailles to Marie-Adélaïde of Savoy, the child bride of his eldest grandson Louis, Duc de Bourgogne. The centrepiece was a tiny château, the rooms of which were decorated with paintings by various artists and with decorative grotesques by Claude III Audran. This article provides a reading of the images created for one of the rooms that formed part of the Ménagerie redecoration, and seeks to establish how, in creating an environment suited to Marie-Adélaïde, Audran drew on the imagery of playful animal fables. It also contributes to our understanding of Audran’s contribution to the Ménagerie by identifying one of his sketches for this room.

This article explores the social life of the Patrizi family associated with their villa outside the Porta Pia in Rome in the eighteenth century. Employing the unpublished letters of Cardinal Giovanni Battista Patrizi (1658–1727) to his brother Mariano (1663–1744), it describes the life led by his nephew, Patrizio (1684–1747), and his second wife Ottavia Sacchetti (m.1722) during a long stay with him in Ferrara, where the Cardinal was Papal Legate. It also looks at the life of the daughter of Patrizio, Virginia Patrizi (1717–88), and, through her, at the relationship between the Villa Patrizi and the better-known Villa Albani of Cardinal Alessandro Albani, which faced it across the intervening vigne.

The well-known Australian artist, Tom Roberts (1856–1931), owned an album of landscape prints by or after European Old Masters, which he bequeathed to the Art Gallery of New South Wales in Sydney. By far the largest number are by the Dutch artist, Herman van Swanevelt (c.1600–55). This article signals their presence in an Australian collection, considers aspects of Swanevelt’s reputation in the context of his print oeuvre, and discusses what his prints may have meant to an Anglo-Australian artist at the turn of the twentieth century.

Chapter 7:  Ann Galbally – The Margaret Manion Lecture 2003: Art, Art Nouveau and Anti-Art: Charles Conder and the Aesthetics of the 1890s

Born in England, Charles Conder spent six years in Australia from 1886 to 1890 before moving to Paris to further his career. He left Melbourne with a reputation as a fine plein-air painter but Paris in the 1890s had left realism behind and he needed to change course to win recognition. The pale palette of Puvis de Chavannes and the motifs and technique of the later Monet inspired his paintings of Normany, Dieppe and Algeria, works admired by French and English critics in the early 1890s. The heightened, slightly artificial aesthetic of these works linked him with the Anglo-French Decadents—Arthur Symons, Oscar Wilde, Aubrey Beardsley—who also used the artificial to challenge nineteeth-century certainties of realism, sentiment and morality in art. Conder became part of this group, publishing work with them in The Yellow Book and The Savoy and suffering ostracisation with them after the fall of Oscar Wilde in 1895. An involvement with the first exhibition of art nouveau at Samuel Bing’s Parisian gallery led to further adverse criticsm as the exhibition and the new style were deplored by French critics anxious to protect the purity of the French tradition against the onslaught of internationalism that art nouveau represented. Although Conder won success in London with his watercolours on silk from the turn of the century, his reputation did not survive his association with the avant-garde movements of the 1890s and he was never granted a place in the historical accounts of English or French art of the period. Australian art historians have only ever been able to see him within the nationalist aesthetics of the Heidelberg School, his European career being either ignored or vilified.

The New Zealand-born and trained sculptor Margaret Butler (1883–1947), spent the period 1923–34 in Europe, principally in Paris, where her work attracted the admiration of Antoine Bourdelle and Charles Despiau. Although they never met, probably the greatest influence on her work was Nabi sculptor Georges Lacombe. After her return to New Zealand in 1934, Butler’s work was critically praised but she attracted few commissions due to economic reasons and the low artistic status of sculpture. Her later works are nevertheless among her most interesting and significant in their fusion of European style and technique with Maori subject matter.

Chapter 9: Art History Theses at Universities in Melbourne completed in 2001–2003