From Titian to Tartan – The National Galleries of Scotland 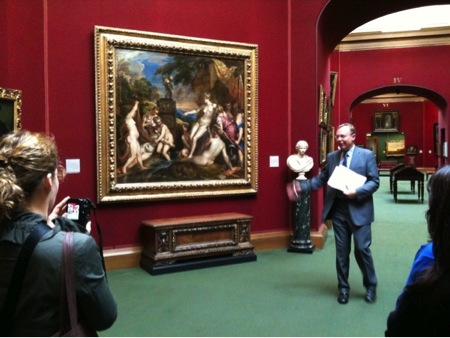 Founded in 1850, the National Galleries of Scotland is now one of the leading galleries in Europe, embracing art from the early Renaissance to the present day. Their collection of fine art is amongst the best in the world. This lecture recounts that history, set against the background of Scotland’s capital city of Edinburgh, the ‘Athens of the North’. This event is presented in association with the Friends of the Gallery Library (NGV).

Michael Clarke has been Keeper and then Director of the Scottish National Gallery since 1987. He was educated at Manchester University and, prior to joining the National Galleries of Scotland, worked at the British Museum and Manchester University. His numerous publications include The Tempting Prospect: a social history of English watercolours (1981), Corot and the Art of Landscape (1991) and The Concise Oxford Dictionary of Art Terms (2001). He has organised many exhibitions for the Scottish National Gallery, including Lighting up the Landscape: French Impressionism and its Origins (1986), Cézanne and Poussin (1991), Monet to Matisse (1994), and Monet: The Seine and the Sea (2003), as well as being a guest contributor to exhibitions organised abroad. From 1999 to 2004 he was Director of the successful Playfair Project, a £30 million extension and renovation of the Scottish National Gallery. Michael’s special interest lies in the French School, of which he has acquired many paintings and drawings for the Scottish National Gallery’s collection. He was appointed Commander of the Order of the British Empire (CBE) in 2009.