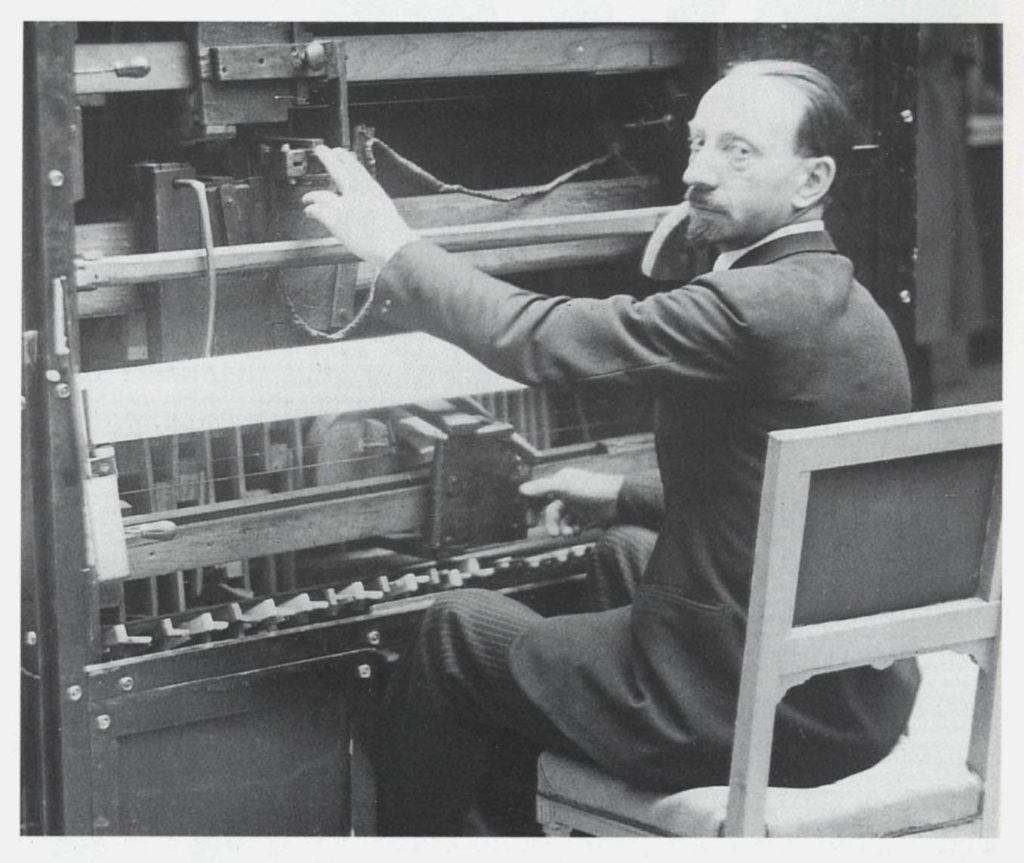 This lecture examines the work of Italian Futurist, painter and musician Luigi Russolo, presenting a reading of the mechanical sound synthesizers, the intonarumori, that he began to create in 1913. It traces the roots of Russolo’s instrument to Leonardo da Vinci’s noisemakers, and then reestablishes the previously unacknowledged prominence of occultism, including theosophy, in early twentieth-century Italian culture. There it operated in tandem with contemporary scientific ideas about X-ray and wireless telegraphy—all with an emphasis on waves, vibrations, and their new communicative potential. With this in mind, it can be argued that Russolo’s noise aesthetic and its practical manifestation—the intonarumori—were for him, and for his Futurist associates, elements of a multi-levelled experiment to reach higher states of spiritual consciousness.

Luciano Chessa is a composer, conductor, audiovisual and performance artist, and pianist. His compositions include the opera Cena oltranzista nel castelletto al lago—a work merging experimental theatre with reality TV, and which required from the cast over 55 hours of fasting—and A Heavenly Act, an opera commissioned by the San Francisco Museum of Modern Art, with original video by Kalup Linzy. Chessa has produced numerous new commissions for the Performa Biennial, and in 2014 he presented three events at the Solomon R. Guggenheim Museum as part of the exhibition Italian Futurism, 1909–1944: Reconstructing the Universe. Chessa is also a music historian specialising in twentieth-century Italian and twenty-first-century American repertoire. He is the author of Luigi Russolo, Futurist: Noise, Visual Arts, and the Occult (2012), the first monograph dedicated to Russolo and his “Art of Noises.”

Dr Anthony G. White, a Senior Lecturer in the School of Culture and Communication at the University of Melbourne, holds graduate degrees in art history from Harvard University and The University of Melbourne. He is the author of Lucio Fontana: Between Utopia and Kitsch (MIT Press, 2011) and, with Grace McQuilten, Art as Enterprise: Economic and Social Engagement in Contemporary Art (IB Tauris, 2016). His writing on modern and contemporary art has been published in Art Bulletin, Artforum, Art Journal, October, Grey Room, Third Text, and The Australian and New Zealand Journal of Art. He is the President of The Art Association of Australia and New Zealand.

This event is co-presented by Discipline and Liquid Architecture as part of the ongoing public lecture series ‘Histories and Theories of Sound’. Photograph: Russolo au Russolophone by Seuphor, 1930.