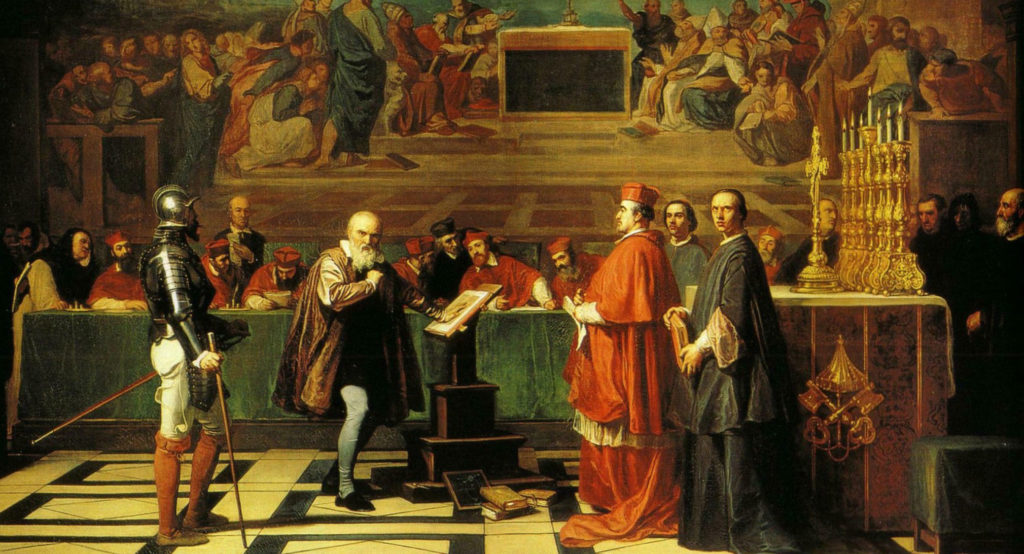 This short course will focus on the ‘Galileo Affair’ which remains one of the most fascinating episodes in the history of science.

The ‘Galileo Affair’, as it has come to be known, remains one of the most fascinating episodes in the history of science. It is often taken as an illustration of the repressive attitude of the Catholic Church to the rise of modern science in the 17th century, and an example of the fundamental conflict between science and religion. Yet, it has been subject to distortion and myth, and continues to spark intense disagreement among historians, scientists and philosophers.

In 1632 Galileo published his Dialogue on the Two Chief World Systems, in which he defended the Copernican view that the earth moves around the sun. He was duly summoned to appear before the Holy Roman Inquisition to answer the charge of vehement suspicion of heresy. Forced to recant, he was sentenced to serve the remaining 9 years of his life under house arrest. The fall out was enormous, and forever changed the way we view the relationship between science and religion. But what was the Galileo Affair really about? Was it simply the suppression of scientific truth by an oppressive religious authority? Or was it a more complex episode, in which doubts about scientific evidence could not be separated from the interpretation of Scripture, the political context of the Counter-Reformation, the turmoil of the thirty years war, and even Italian court culture?

In this short course, we focus on these questions, in an attempt to shed light on this fascinating episode. Each session takes a different historical perspective, as we delve beyond the myth, in search of a deeper understanding of one of the defining episodes of Western history.

*University of Melbourne alumni, staff and students Prices are inclusive of GST

Register via the University of Melbourne: Register Now

Thursday 24 May: Introducing the scientific controversy: Does the Earth move?

Thursday 31 May: Galileo and the Catholic Church: The interpretation of scripture

This week, we turn our gaze to the problem of the interpretation of scripture in the context of the Counter-Reformation. What was the Catholic Church’s official position on Copernicanism, and how did Galileo propose to reconcile the Copernican view with passages in the Bible that suggested the sun was immobile?

This week, we widen our perspective to encompass the wider social, political and cultural context of the Galileo affair. In doing so, we gain a deeper understanding of how the affair was shaped by Galileo’s cultural identity as a courtier for Grand Duke of Tuscany and the political turmoil of the thirty years war.

Thursday 14 June: The uses and abuses of history: What have we learned from the Galileo Affair?

In the final session, we examine how various historical accounts of the Galileo affair have been used throughout by history in the service of various agendas. Here we reflect on what this complex and fascinating episode might tell us about the conflict between science and religion.

Sessions and speakers are subject to change.

Kristian Camilleri is a lecturer in the History and Philosophy of Science program in the School of Historical and Philosophical Studies. After studying physics and HPS at The University of Melbourne, he completed his PhD in HPS at Melbourne University in 2005. Kristian has published extensively in the history and philosophy of modern physics, and in 2009 he published a monograph with Cambridge University Press entitled Heisenberg and the Interpretation of Quantum Mechanics: The Physicist as Philosopher. He has also written on such topics as Galileo’s thought experiments, the role of metaphors in science, and the recent debates over string theory. He teaches across a broad range of subjects in the history and philosophy of science, with a particular focus on the history of science, the epistemology of scientific practice and the relationship between science and religion.

Short Courses at The University of Melbourne in the Faculty of Arts are a series of high-quality non-award education experiences open to all, offering lectures and seminars over several consecutive sessions, presenting a holistic overview of an area of study. These programs can also be attended for professional development purposes.