To be a Pilgrim 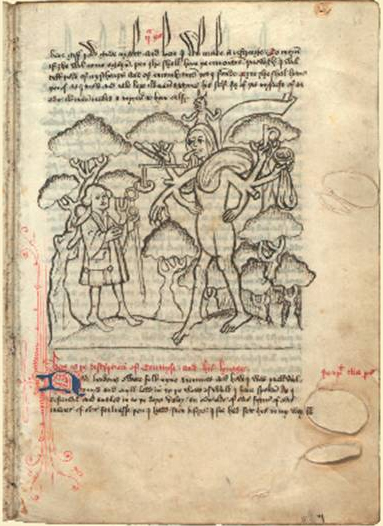 In this lecture Shane Carmody will explore the provenance and relevance of a medieval manuscript held in the collection of the State Library of Victoria: The pilgrimage of the lyfe of the manhode and The pilgrimage of the sowle. This manuscript dates from 1430 and is an English prose translation of the famous work written by the French Cistercian Guillaume de Deguileville a century earlier. The translation had a major impact on the English imagination through the upheaval of the Reformation and later religious conflicts, and its metaphors still resonate today.

This crudely made and graphically illustrated book was conserved and restored for the State Library of Victoria’s exhibition The Medieval Imagination: Illuminated Manuscripts from Cambridge, Australia and New Zealand. An exhibition curated by Margaret Manion and seen by over 1000 000 people in 2008. It is also the first manuscript to be fully digitised and made available online as part of ongoing Australian Research Council project headed by Margaret Manion with the University of Melbourne, the University of Western Australia and the State Library of Victoria .

Shane Carmody is Director of Collections at the State Library of Victoria. He studied Fine Arts under the professorship of Margaret Manion at the University of Melbourne.

Free but bookings are essential

This event is supported by Art History Program at The University of Melbourne, the Fine Arts Network and the Outreach Program of the Academic Centre, Newman and St Mary’s Colleges.

← Call for Papers: After the New Art History (Birmingham, 26-27 Mar 2012)
Funding: Visiting Fellowships at Centre for Research in the Arts, Social Sciences and Humanities, Cambridge UK →