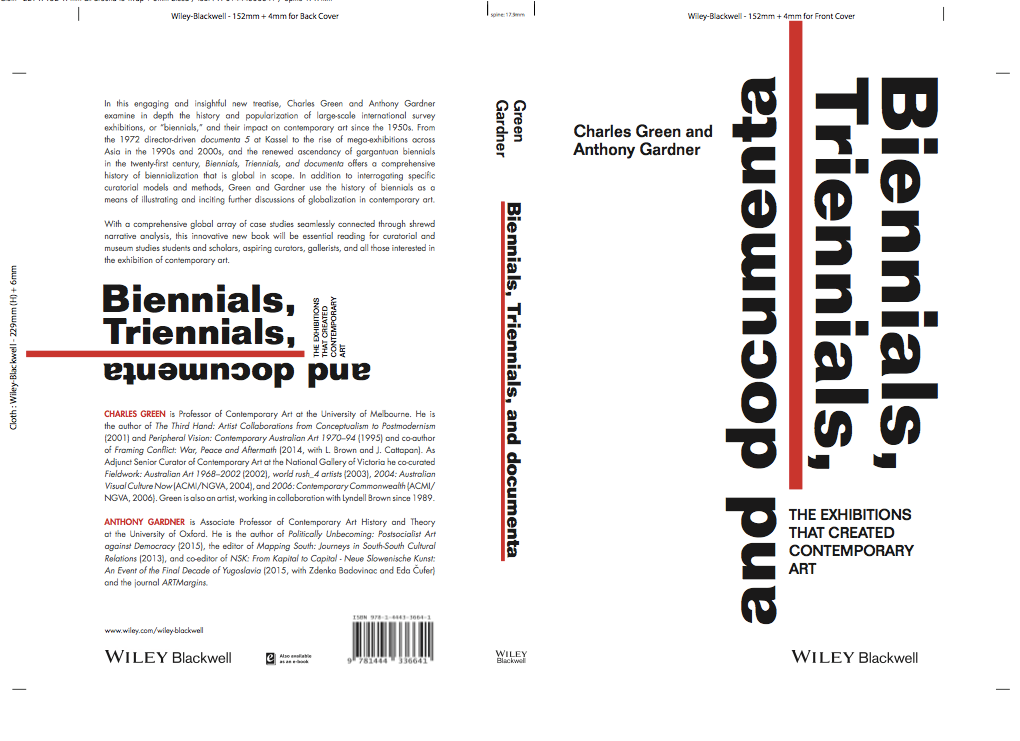 Two main questions overlap in this lecture. What is the impact of biennials on contemporary art? And how have biennials changed in the course of the appearance of contemporary art? We will sum up the issues that we see played out in different biennials between 1955 to now.

We will work through a typology of biennial formats, noting that each appears in turn as an answer to a set of problems and contingencies, whether these are artistic, political, or economic, but always in relation to globalisation (a process that we carefully distinguish from globalism, as the desire to be recognisably global). Since 1972, it is through biennials, triennials, and documenta that contemporary art migrates from its often hermetic, often politically reconstructive, avant-garde and experimental origins into the realm of the spectacular, garnering global public attention to contemporary art. And as we are seeing now, in the early twenty-first century, biennials may also be leading the reconsideration and reconstruction of art’s histories towards properly global narratives.

Charles Green is Professor of Contemporary Art at the University of Melbourne, Australia. He has writtenPeripheral Vision: Contemporary Australian Art 1970–94(Craftsman House, Sydney, 1995), The Third Hand: Artist Collaborations from Conceptualism to Postmodernism (University of Minnesota Press, Minneapolis, 2001), and (with Anthony Gardner)Biennials, Triennials, documenta (Boston, Wiley-Blackwell, 2016). He was Australian correspondent forArtforum for many years. As Adjunct Senior Curator, Contemporary Art, National Gallery of Victoria, he worked as a curator on Fieldwork: Australian Art 1968–2002 (2002), world rush_4 artists (2003), 2004: Australian Visual Culture Now (ACMI/NGVA, 2004) and2006 Contemporary Commonwealth (ACMI/NGVA, 2006). He is also an artist who works collaboratively with Lyndell Brown since 1989; they were Australia’s Official War Artists in Iraq and Afghanistan.

Co-presented by Discipline and the National Gallery of Victoria as part of the ‘TarraWarra Biennial 2016: Endless Circulation Lecture Series’.