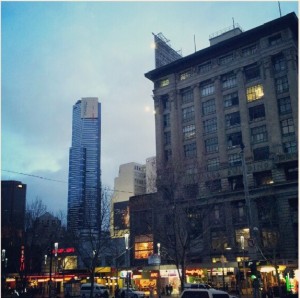 This public ‘conversation’ will be the first of a trio to be held at Newman College over the next few months on the theme of ‘conserving the past, ensuring the future’. In this first event in the series, Professor Gerard Vaughan discusses with Ray Tonkin, former executive director of Heritage Victoria, some of the prospects and problems that confront us.

Future events in this series:

Monday 5 May, 5pm, a conversation about The History of the National Trust of Victoria: Victories and Defeats, led by Shane Carmody

Tuesday 3 June, 5pm, a conversation about The Story of Conservation in Victoria and Beyond, led by Robyn Sloggett

This series provides a foretaste of a conference on urban heritage to be held in the Ian Potter Auditorium, Melbourne Brain Centre, University of Melbourne, 30 September – 2 October 2014.