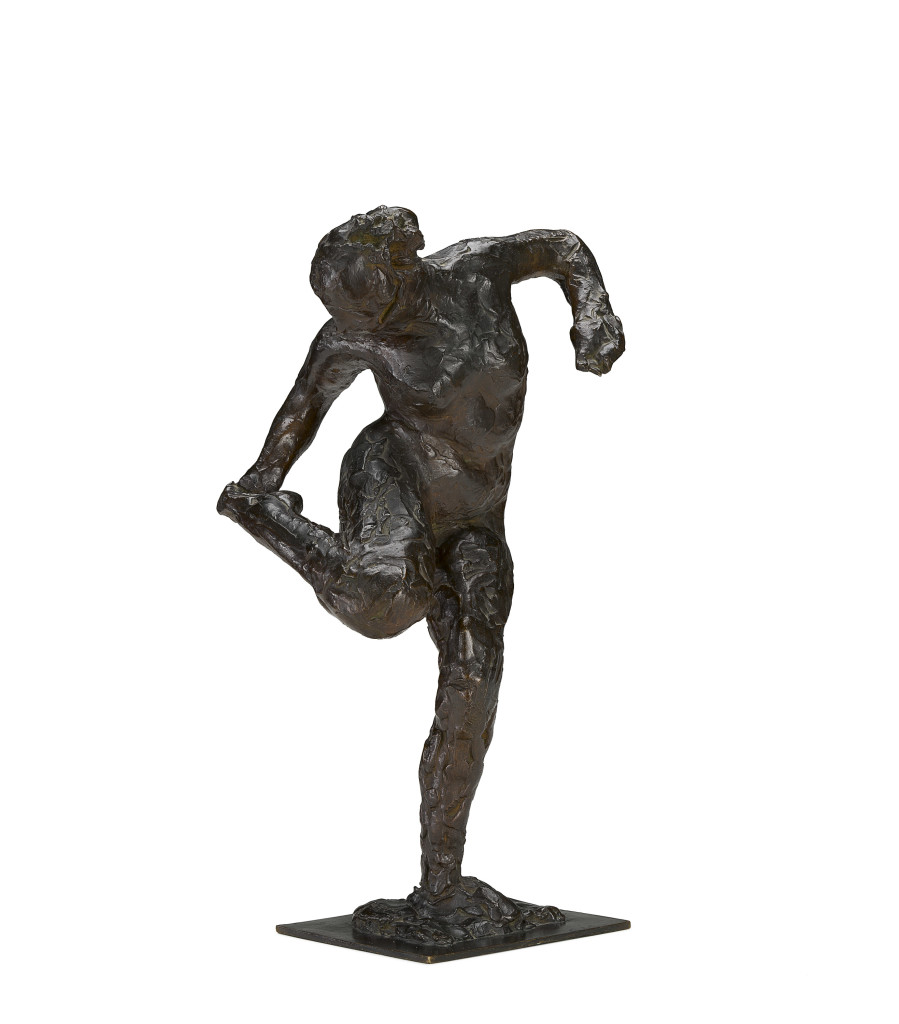 At today’s preview for the new Melbourne Winter Masterpieces exhibition – Degas: A new vision – the NGV announced that one sculpture in the exhibition will be staying in Melbourne. Degas’s ‘Dancer looking at the sole of her right foot (Second study)’ has been purchased for the NGV collection with funds donated by Leigh and Sue Clifford.

Many of Degas’ sculptures were unknown during his lifetime. After the poor reception of his now-famous ‘Little Dancer’ (a cast of which is in the exhibition) in 1881 he kept much of his work in sculpture secret. He modelled in wax and is known to have remade and often destroyed works. Around 150 wax studies were found in his studio when he died in 1917 and 74 of these were salvaged and cast in bronze by the Adrien-A. Hébrard Foundry, Paris, and their Milanese master craftsman Albino Palazzolo. The NGV’s new sculpture is one of these.

The small sculpture is one of four in a series of similar poses, such as this variation now at the Met. The NGV work is very ‘sketchy’, the skin has not been smoothed and in places Degas own fingerprints can still be seen, in other places there are distinct lumps where it seems Degas had applied some more wax but hasn’t blended it in. One gets a sense of the artist quickly modelling in warm wax, trying to capture the dancer’s pose. It seems likely the curved serpentine pose (which ‘works’ from all angles) is in part inspired by Italian Renaissance sculptures like those by Benvenuto Cellini who Degas would have studied while in Italy, as well as his long fascination with the theatre and his close study of ballet dancers across his career.

This bronze sculpture is a great acquisition for the collection and will complement other important nineteenth-century French sculptures already held by the NGV, such as those by Auguste Rodin and Emmanuel Frémiet.

The exhibition opens to the public tomorrow and runs until the 18th September 2016. Opening weekend programs include a series of floor talks by NGV curators and academics including Dr Ted Gott, Laurie Benson, Dy Sylvia Sagona and Dr Sophie Matthiesson – more information here.