Between Scylla and Charybdis: European Courts and Court Residences Outside Habsburg and Valois/Bourbon Territories, 1500-1700 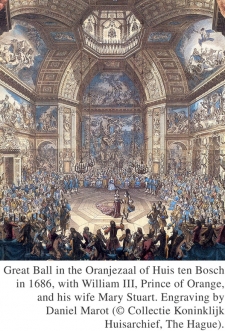 As is well known, the rivalry between Spain‐Austria and France, or, more precisely, between the Habsburg and the Valois/Bourbon monarchies, was a factor of major importance in international court life during the 16th and 17th centuries. The age‐old quarrels between the nations involved about their seniority and precedence forced each to create distinctive characteristics, including courtly etiquette, ceremonies, and the architectural setting of court life. The ‘satellite’ courts, related to these ‘superpowers’, might visually expose their loyalty to a specific faction by following the system of codes of its ‘leader’. But what were the strategies of the independent, though less dominant European courts beyond the Habsburg and Valois/Bourbon spheres? How did they respond to these overwhelming cultural influences, as ‘neutral’ neighbours, allies or even enemies?

The objective of this conference is to focus upon these autonomous courts in Northern, Central and Southern Europe, while at the same including the associated, ‘almost’ independent courts within The Holy Roman Empire. The main questions to be addressed are the following: How did these courts react to rival Habsburg and French models for palace architecture and its use as a place to display court life?  How were their ambitions for attaining the level of these paradigms reflected in court life – or, on the contrary, how did they express a deliberate dissociation from the enemies’ example? Were these courts only blind followers of the most prominent fashions and idioms, belonging to the great powers? Or did they instead develop a ‘third’ language of court culture in a discourse with native and traditional ways of expression, often of age‐old origins and quite as venerable as Habsburg and Valois/Bourbon examples?

These topics will be discussed in the following four sessions:

I. Sovereignty’s Space and its Rituals: Staging Diplomatic Interaction

III. The Powers of the Past: Displaying Lineage, Kinship, and Tradition

IV. From Invention to Construction: Building the Residence

Co-Organized by The National Museum of Denmark The Museum of National History, Frederiksborg Castle

Abstracts are invited by 31 October 2011. All abstracts must be in English and should be limited to 300 words. Head your abstract with your name, professional affiliation, and the paper’s title. Submit with the abstract a one‐page curriculum vitae, home and work addresses, and e‐mail address.

Submit your proposal by e‐mail to the two conference chairs, Professor Konrad A. Ottenheym (k.a.ottenheym@uu.nl) and Dr. Birgitte Bøggild Johannsen (birgitte.b.johannsen@natmus.dk), with a copy to the PALATIUM coordinator Dr. Pieter Martens (pieter.martens@asro.kuleuven.be).

Abstracts should define the subject and summarize the argument to be presented in the proposed paper. Each paper should be limited to a 20 minute presentation, followed by dialogue and questions. Papers must not have been previously published or presented in public. Their content should be the result of well‐documented original research that is mainly analytical and interpretative rather than descriptive in nature. All abstracts will be held in confidence during the selection process. Only one submission per author will be accepted. All applicants will be notified of the acceptance or rejection of their proposal by 15 December 2011.

A more detailed call for papers is available here.