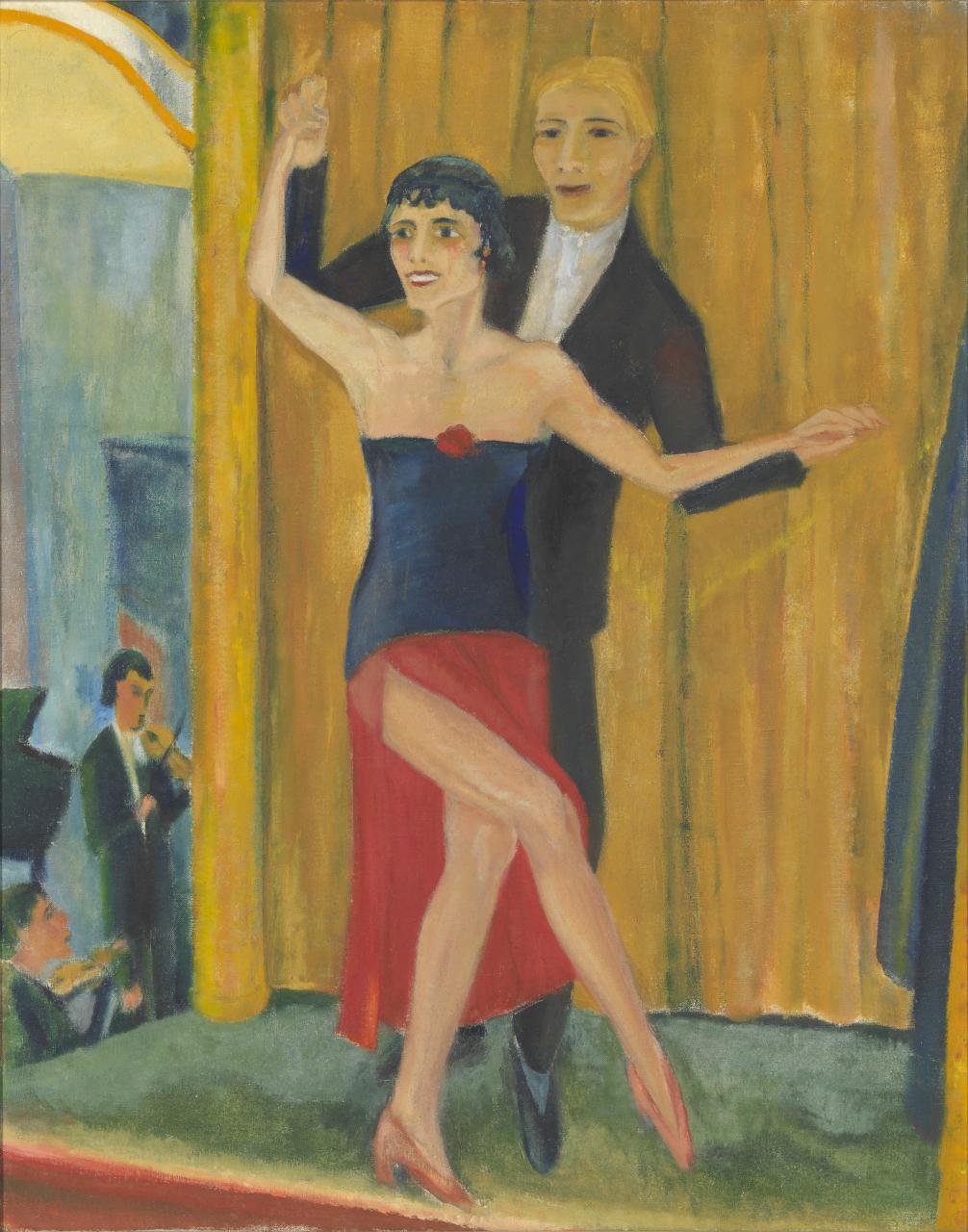 News from the NGV that they have acquired a German Expressionist painting by Erich Heckel, co-founder of the German Expressionist group Die Brücke (The Bridge) which was founded in Dresden in 1905. The canvas is painted on both sides with the joyous Great dancing pair, 1923, and Landscape by the fjord, 1939, on its reverse.

While the NGV Collection includes prints by German Expressionist artists including Heckel, this is the very first painting by a member of the important movement to enter the gallery’s holdings. The purchase was generously supported by John Downer AM and Rose Downer.

In a statement John Downer AM and Rose Downer said, ‘We have lived overseas for many years, during which time our interest in Impressionist and Fauvist art led to our interest in German Expressionist art. After our personal involvement with the NGV over the past fifteen years, we think this painting will fill a void in the great NGV Collection, and generate interest in this important and difficult period in European art.’

The two paintings reveal Heckel’s artistic development and their respective historical periods, with Great dancing pair reflecting the artistic spirit of the Weimar Republic (1919–33), when Germany was a thriving centre of the international avant-garde, before the rise of Fascism. The painting depicts two dancers with a sense of frenzy and tension, expressed by the strong colours, hard angularity of the dancers’ pose and their rigid facial expressions. During this period, artists enjoyed unparalleled freedom, and there was little censorship until the National Socialists came to power in 1933.

Following the rise of the Nazis, Heckel was declared a ‘Degenerate Artist’ and many of his paintings were destroyed in the ensuing War years. Indeed, Great dancing pair was revealed only recently as Heckel painted over it with a layer of distemper at an unknown date, possibly to hide what may have been considered a ‘degenerate’ and modernist image. The painting remained in Heckel’s possession until he passed away in 1970 and is thought to have been of great personal value to the artist.

The reverse painting Landscape by the fjord features the countryside around Flensburg in the far north of Germany where Heckel spent time during the Second World War. Painted in 1939, it would have been considered relatively safe in the eyes of the authorities however the work still displays German Expressionist qualities through its use of bold colours, which sharply define the many distinct areas of the countryside.